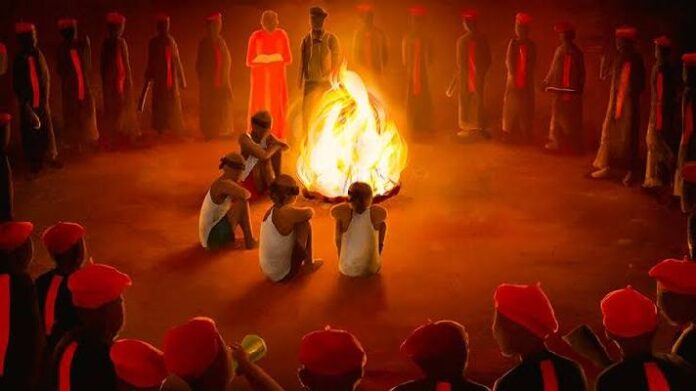 Somewhere in Africa, precisely in the foremost university of ibadan in 1952, a group of people formed what was then known as “National Association Of Seadogs (pirates Confraternity) which was code-named “magnificent seven”.

It was code-named “magnificent seven” because, the group was made up of seven University Don’s whose intention was to use the platform to express their anger and grievances against the injustices and discrimination that was prevalent at the University then.

During this time, their activities was strictly university based and open to every one who may want to join.

This was quite a noble intention for a well meaning students and lecturers inclusive at the University. What was meant to be an association that will check the social and political ills was later turned against its own intention by other similar groups that came after.

It is glaring today that out of the many social vices and national maladies that has plagued every facets of our societies, secret Cult is one of the most deadly and daring one.

This is because, those who joined secret Cult are mostly ignorant or have little knowledge about secret cults before joining.

They are either brainwashed, forced or voluntarily joined under the false impression that they want to belong to the happening class.

Those who were brainwashed to join are told that joining the group would ensure their protection from harassment and intimidation by other cult groups.

Those who joined willingly either have low self-esteem or fell for the fun of been a member according to some of them.

It should be on record that no cult groups will come against you if you didn’t identify yourself with any.

The moment you identify yourself with any secret cults group, you have given an open invitation to trouble to start playing around you.

At this point, those in opposite cult groups will begin to see you as an enemies, a traitor and an attacked dog against their own group.

One other ways they attacks each other is what is called “the fight for supremacy” over other groups and their environment where they operates.

Every cult groups, would love to pride itself as the one dominating their environment and as such, calls for open confrontation for any other who feels same about their own groups too. This usually result in the clash for supremacy among themselves.

I remember a room mate while in school who upon gaining admission had written down the names of different cult groups that operates on campus environment and was told that the best of all of them is “aiye Confraternity”.

And I asked if he had been told of “how many courses he would be offered in his first year?

His answer was “he didn’t know”.

“How come you were told about the various cult groups operating on the campus and you were not told number of courses that you would have to be offered for which reason you are here?

Guess what! He had not answered this question till we parted ways. I was happy though because I did not see any sign of him joining or talking about secret Cult again till the parting moment of our session.

My advice to those who have joined or contemplating to joining secret Cult is that, there are truths you will not be told before joining. You ‘ve got to learn it by yourself and it maybe too late to beat a retreat at that stage.

For instance, you would not be told that they needs you to make plenty their numbers so they can fight and subdue thier opponents. As it is today, many of them are regretting bitterly for joining secret Cults.

The assurance of securities and protection is in itself an incurable lies.

We have seen people been murdered at their prime age because of their involvement in cult activities.

We seen students be rusticated from school on their involvement in cult activities.

We have seen people been sent to early prison in their youthful age when they are supposed to be useful to themselves or their families.

Many people’s dreams and life ambition are been cut short because of their involvement in cult activities.

And I ask again “where there lies the protection and security they promised you?

Anyone who may want to join secret Cult as a result of peer pressure, insecurities, low self-esteem, should believe in their ability to scale through any hurdles without joining secret Cult. If you didn’t identify yourself with any group of secret Cult, you have no problem having the feeling of been confronted with any.

Secret cult doesn’t make fulfilment of dreams and protection it always promise to offer but joining them is the beginning of insecurities and destruction of life ambition which is the core of self fulfilment.

And to the relevant agencies of government who saddle with the responsibilities of securing life and properties, let there be maximum security all over our campuses, schools and every where in our country because if there’s one, the fear of been attacked by an enemies will greatly be reduced and hence, curb criminality arisen from fear.

Akpabio Names Senators, Reps Who Got Contracts From NDDC