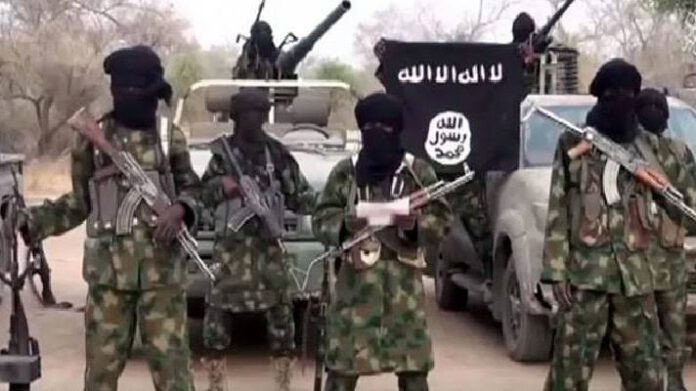 Insurrection or insurgency can start anywhere and any time of the day but if insurgency last more than 24 hours, the government has a hand in it Said by the former heads of state, General, Sani Abacha.

This background will lay the foundation upon which this write up will examine the actions and inactions of our leaders in cushioning and quelling the insecurities and insurgencies that has bedeviled our nation many years now and the inability of the Nigerian government to completely squash and thrash them out once and for all.

The late former head of state, General Sani Abacha is not a small man having rising through the ranks and files of the Nigerian army to becoming a general and subsequently, head of state. He was versed with security issues and no one could easily fault his views and perspectives about security matters.

Juxtaposing his claim of many years ago when the Nigerian security situation wasn’t this messier and the conduct of government particularly, the way they are handling the issues of insecurities and insurgencies in Nigeria brings something to mind.

Prior to the assumption of office by the current administration, we had thought that the security issues ranging from Boko Haram, banditry and herdsmen would have been a forgotten pieces of history in no distant times courtesy of the fact that our president had been in the saddle of securities before and could better tackle the the security challenges with a snap of finger than his predecessor in the office.

Little did we know that it was not gonna be a merry go round kind of thing for him too. The insecurities situation of our nation had rather than been improved upon by his administration is worsening every minute of the day.

Could it be that what our former head of state said some years ago is what is playing out here? I will answer with few examples underneath.

In katsina state of Nigeria, the home state of our dear president, banditry, herdsmen and Boko Haram killing have been the order of the day.

Only recently, the bandits find it convenient to challenge Mr, president that they can hold away even in his own state by abducting hundreds of school boys in a broad daylight after few hours that Mr, president had just landed in his state for well deserved rest.

After three days of the abduction, the governor of the state, Alhaji Aminu Bello Massari came out to tell us that the process of rescuing those boys from the hands of their abductors had been activated through negotiation with the unknown bandits that abducted the boys.

Lol, too funny though.

Can you negotiate with someone you don’t know? What sort of negotiation would that be? I guess, your answer is as good as mine.
So they know them and they can’t arrest them?

Same thing happened in Kaduna some years ago where some people were murdered in the wee hours of the night somewhere named “kajuru local govt area of the state.

After a few days later, the governor came out to tell us that they have paid millions and billions to the people responsible for the killings to stop the killing.

And I ask again.
Are we serious or we are joking?
How were they paid?
I mean, what is the mode of the payment?
Is it through bank account or table payment? I guess here again, your answer is as good as mine too.

You are paying and negotiating business with criminals but you can’t arrest them.

If we walk back a little bit, you will remember that a bill was introduced to the floor of the Senate by a senator (not remember his name now) to establish a federal commission to cater for a repentant bandits or terrorists.

The commission was meant to rehabilitate, sponsor and train repentant Boko Haram terrorists through school to any level of their choice abroad on scholarship and come back to Nigeria to be reintegrated into the society with a mouth watering job offer for them. What a country?
A country that cannot cater for her legitimate citizens have money to spend on terrorists.

If been a terrorists could pay as much as this, many people would be recruited into been terrorists and later claim to want to repent so he could be given such special treatment by his country after killing many innocent souls. Hope I will not charge for inciting violence? Anyway, that is the truth though.

This gave us the inkling that something is quite fishy about this terrorism of a thing that we rather condemn every day and not taking action to stop.

Many well meaning Nigerians including the Senate of federal republic of Nigeria have called on Mr, president to relive the service chiefs of their duties in the face of worsening security situation but Mr president has been so indifferent to the call till today.

What is his reason? We don’t know.

This is another reason why we should ponder on the claim by former head of state, General Sani Abacha.

See also  The Game Of Politics in Nigeria by M.C John

The current service chiefs have overstayed their years of office but they are been retained by Mr president as a reward for their failure.

What have they achieved in the fight against terrorism?

Nothing, except killing and false promises that they are always on to of the game.

The consequences of all these is – the porous security situation that we have today in Nigeria. Terrorism has been made a business venture where some few People never want it to end.

Only recently, a statement was credited to the chief of army Mr, Tukur Baratai that insecurities will remain with us for the next 20years to come.
This is a message that something is quite fish about terrorism in Nigeria. In a saner climes, this statement should have cost him his job but in Nigeria, we applauded him and gave him accolades for making such an irresponsible comments.

Imagine if it is me or ordinary Nigerian that made such comments, we will probably be in jail by now.

The attendant effects of all of the body language of Mr, president have left many in suspicion that the former head of state, General Sani Abacha was right when he made the statement.

If Nigeria continue this way, many people will go the way of Nnamdi Kalu because, this negotiation and compensation for terrorists doesn’t go down well with people. And does speak well for natural justice. We should put on our thinking cap and set the record straight. Let’s call a spade a spade.

We can’t afford to be fooled by those who are making from insurgency in Nigeria and never wanted terrorism to end anymore.

Nigerians Should Vote For A President With Capacity In Economy –...

The Vicissitudes Of Life!