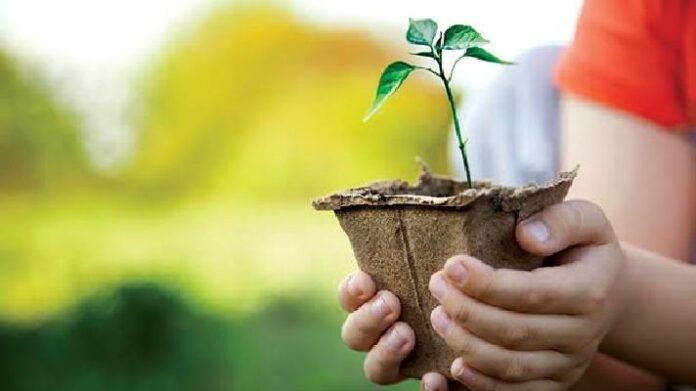 Growing up was a tough journey. This is because I come from a village that could be described as “harmlet” . An interior part of ibaji local government area of Kogi state.

It was tough because, there was no accessible and motorable road network.

It was tough because, there is no electricity.

It was tough because, there was no reasonable health care systems.

It was tough because, even the school we attended wasn’t anything near “below standard’ not to talk of standard.

It was tough because, we have to learn under a scorching sun and heavy rain because there was no roof over the class building where we were made to learn but in all, we forged through.

At the early stages of my life, I knew that I have a particular passion for listening to radio program and sound precisely, music and some life motivating programs with my father’s radio set anytime he had travelled to our state capital (lokoja) for ex- service men screening exercises.

After sometime, I looked for a way of raising some money to buy my own small radio set which I carried about every where I go.

The battery that power the radio must not go off and if it does, there is a where I will bite it with teeth to make the power to come up again. Music became part of me that I would always relied on it to be able to do anything at all.

The only time that one cannot hear the radio sounds in my small thatched earth room is when I’m reading my book in order to avoid distraction. Even this too, was a difficult one but I have to train my mind to adapt to it because, music and reading were two difficult twin brothers that I can’t avoid doing but can’t go on simultaneously. One must be switched off for the other to go on.

It continues this way until I got to SS2 when we were asked by the school authority to chose our career subjects. My father had wanted me to chose accounting that I had no flair for.

Deep down in my head and heart, I wanted to do art and at this point, I had to play smart. I immediately went back to school to inform the Exam officer about the latest turn of events from what he knows. But I asked him help me to tell my father should he asked that I registered for accounting and not art subjects which is lie.

Fortunately, it went my way as the Exam officer had agreed to do as I begged and I left.

After the examination, I left home immediately for Abuja to search for a greener pastures even when I had not waited for the results of the Examination to come out or not even a first school leaving certificate came with me to the city.

After some months later, my father called me to tell me that my WAEC result was out and he had collected mine but I didn’t make it up to five credits that is required to seek admission to University and that I should come back home to write another one. I heeded his advice and head back to village.

See also  Abba Kyari, Others Beg Court Not To Transfer Them To Prison

This time, it was national examination council (NECO) and unfortunately for me again, the results of our Examination center were been withheld and later cancelled by the examination authority.

This made me to stay in the village for another extra one year to resit another round of examination which was eventually cancelled after all the effort been put to it.

At this point, I was left devastated. My dream to go to university was about to be dashed. I proceeded to Abuja with my first four credits WAEC result.

While in abuja, I engaged myself in doing menial jobs just to earn a living.

One day in the course of my conversation with a colleague of mine, he told me that some states polytechnic do accept four credits WAEC result for National Diploma (ND) programs with credit in English and Mathematics respectively. I put a call through to a friend of mine who gained admission to my state polytechnic a year ago who confirmed it to me that it was true.

I proceeded on a journey to my state the following day to purchase the entry form of the school.

This turn of events from the choice of University to polytechnic squashed my ambition to study philosophy or sociology as those courses were not offered in polytechnics and public administration became a near new choice.

Here comes another round of delay but I wasn’t gonna give up. I came back Abuja and put in for NABTEB. Yet again, it came out with four credits including mathematics and English language.

I was happy that at last, I could merge the two result to apply for admission to higher national diploma.

Before resumption of school, my father who was the backbone and sponsor of the whole thing gave up the ghost mysteriously.

That fate got me demoralized till this minute and here I’m, counting the blessings of God upon my life.

If not for anything but his abundant grace the air that I breathe.

I wish myself a happy birthday and many more years to come.

Okowa To Omo-Agege: I Have Constructed 4 Road Projects In Your...

I Never Asked Anyone To Vote For Buhari – Mbaka