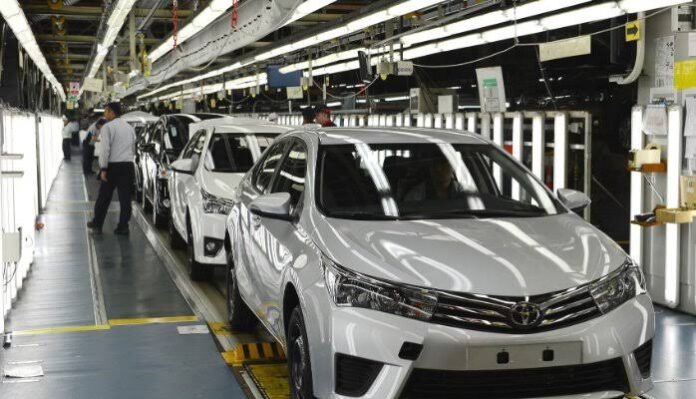 Toyota Motor Corporation , Japanese multinational automotive manufacturer, on Thursday announced that it will slash its worldwide vehicle production by 40 per cent in September due to the global shortage of microchips and resurgence of coronavirus cases across Asia.

Toyota, the world’s biggest carmaker, planned to manufacture almost 900,000 cars next month, but has now reduced that to 540,000 vehicles, a BBC report said.

The Japanese automaker hinted that some cuts in production would be made in August at its plants in Japan and across other stations.

Toyota shares fell by 4.4 per cent on Thursday, the biggest daily drop the company has recorded since December 2018.

In a similar manner, Volkswagen, the world’s second-biggest car producer, which had earlier scaled back production due to a shortage of microchips, also warned that it may further cut its output.

“We currently expect supply of chips in the third quarter to be very volatile and tight. We can’t rule out further changes to production,” Volkswagen was quoted to have told Reuters Thursday.

Pat Gelsinger, chipmaker Intel boss, last month said the worst of the global chip crisis was yet to avail itself.

He predicted that the shortage would get worse in the “second half of this year” and that it will take “a year or two” before supplies returned to normal.

He vowed to seek $37 billion in funding for
legislation to increase chip manufacturing in the U.S.