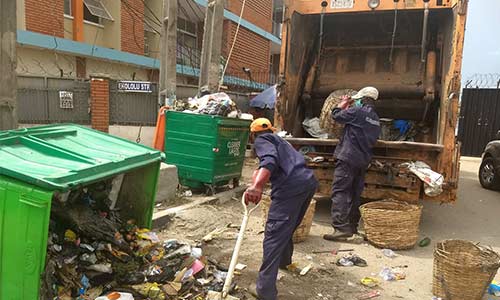 Oromoni made the remark while fielding questions from newsmen on the exercise during the last Delta State monthly environmental exercise in Warri.

He attributed high compliance to the synergy between Uvwie and Warri South Local Government areas.

Oromoni disclosed that himself, the state co-ordinator Kingsley Iweka and other members of his team, were at various places in the two local government areas to supervise the exercise.

He stated that the task force was given the mandate to make Delta a clearner state.

In Uvwie Local Government Area, residents came out enmass for the exercise and there was restriction of movements in the places monitored by our correspondent.

Similarly, the Chairman of Erovie Community, Chief Thomas Agimagbo remarked that Hon Onoyake was the best chairman Uvwie Local Government Council has ever had in terms of environmental sanitation exercise.

“I will score him ninety percent ” he added