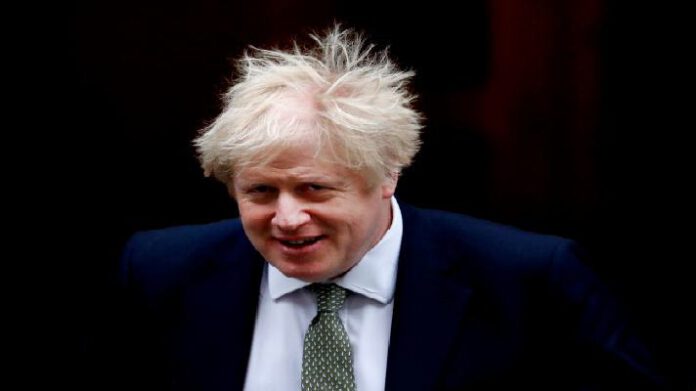 BORIS Johnson said Britain “will not lament the death” of Qasem Soleimani – as he flew back from holiday with the Middle East on the brink of war.

The Prime Minister broke his silence on the US drone strike on the second most powerful man in Iran, who he said slaughtered thousands of innocents.

Boris, who jetted back from holiday in the Caribbean with girlfriend Carrie Symonds, also called for calm from all sides.

He said in a statement: “Today I have spoken with President Macron, President Trump and Chancellor Merkel, and will be speaking with other leaders in the coming days.

“General Qassem Soleimani posed a threat to all our interests and was responsible for a pattern of disruptive, destabilising behaviour in the region.

“Given the leading role he has played in actions that have led to the deaths of thousands of innocent civilians and western personnel, we will not lament his death.

“It is clear however that all calls for retaliation or reprisals will simply lead to more violence in the region and they are in no-one’s interest.

“We are in close contact with all sides to encourage de-escalation.

“I will be speaking to other leaders and our Iraqi friends to support peace and stability.”

MPs are due to meet tomorrow to discuss the spiralling crisis and the Foreign Office will update Parliament on Tuesday.

Last night a senior Iranian army commander threatened to kill British soldiers for siding with the US.

He told The Times their forces would have no “concern about killing its allies, including UK troops”.

General Soleimani – head of the feared Quds force – was taken out by Pentagon drones on Friday morning near the Iraqi capital Baghdad’s international airport.

It is understood Boris had no warning from Trump about the airstrike despite significant UK interests and 1,400 military personnel in Iraq and Syria.

He now faces the biggest test of his diplomacy in his premiership so far amid serious concerns the execution could cause the outbreak of World War Three.

And it appears Boris has flown back into a political storm over why he didn’t cut short his stay at a £20,000-a-week villa to deal with the crisis.

Labour’s shadow foreign secretary Emily Thornberry fumed: “He is sunning himself drinking vodka martinis somewhere else and not paying attention to this.”

Iran today threatened to attack the White House over the killing as they branded Trump a “terrorist in a suit” – with an $80million bounty on his head.

Their chilling warning was in response to the president saying he had already identified 52 Iranian sites to hit “very fast and hard” if the country launches revenge attacks.

The Foreign Office has now escalated its warnings over travel to the Middle East and Britain’s navy will also now accompany UK-flagged ships through the Strait of Hormuz to provide protection.

The government has also urged Iraq to allow British soldiers to continue the fight there against ISIS after they called for the expulsion of foreign troops.

Around 400 British troops are stationed in Iraq, while the US has 5,200 – sparking fears a withdrawal could cripple the battle against the terror group.

Foreign Secretary Dominic Raab warned the extremists would be the only ones who benefited from a war as he defended the assassination.

But he called for “de-escalation and the stabilisation of the situation”.

How To Withdraw Above CBN Cash Limits

Count Me Out Of Osun Debt Crisis – Aregbesola