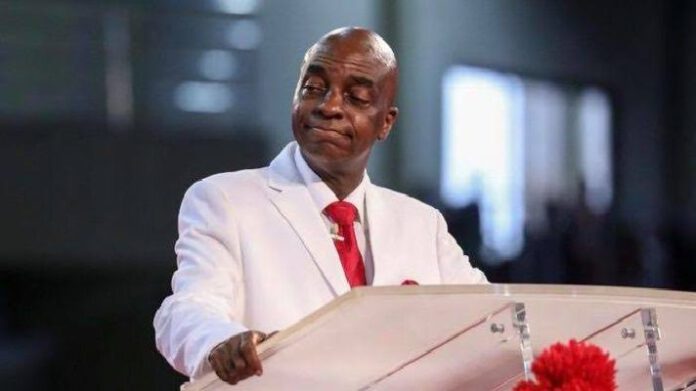 Bishop David Oyedepo, President of Living Faith Church Worldwide has disclosed that he is less bothered about the current state of the nation.

Oyedepo, who spoke during the ongoing programme, Shiloh, said he was not worried over the insecurity and economic challenges facing the country.

He said he already warned Nigerians against the government.

According to Bishop David Oyedepo, the current government remains the worst thing that has happened to the entire nation.

He said, “I have never suffered one sleepless night on the issues of this nation but what God tells me to say I say it clearly, unashamedly and unperturbed. I am at rest at all times.

“I knew this government won’t do Nigeria any good and I told you from the beginning.

“The worst-worse thing that has ever happened to this nation is this devilish, murderous government. It is retrogressive in every way. But I told you before and I shouted it clearly and never denied it once”.

SCAM ALERT: This House Located In Kwale Is Not For Sale...