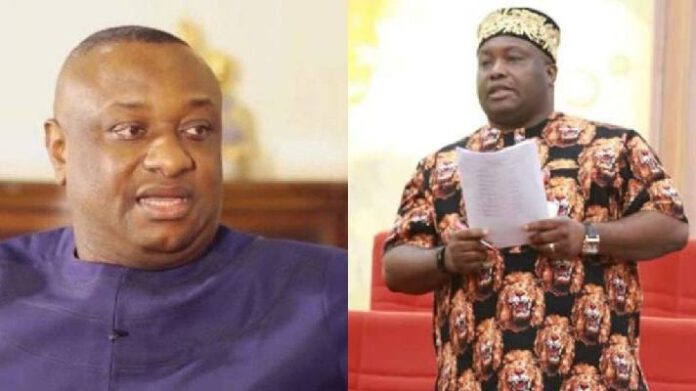 Ubah was reacting to the impasse between the Joint Committee on Labour and Productivity and the Minister of State for Labour and Employment, Festus Keyamo on Monday.

He said Festus Keyamo is not a “substantive Minister”, but behaved rascally, wondering what he would benefit from manifesting ignorance of how the legislature works.

Speaking at a press briefing in Abuja, he argued: “The legislature is empowered to check activities of the executive.

“Festus Keyamo is not even a substantive Minister. A rascal and he came here to display rascality.

Politicians Resorting To Political Coups As A substitute To Military Coups...

Bill To Enforce Teaching Of History In Schools Introduced In Senate

Privatisation of Refineries and Other Assets: Better Late Than Never –...